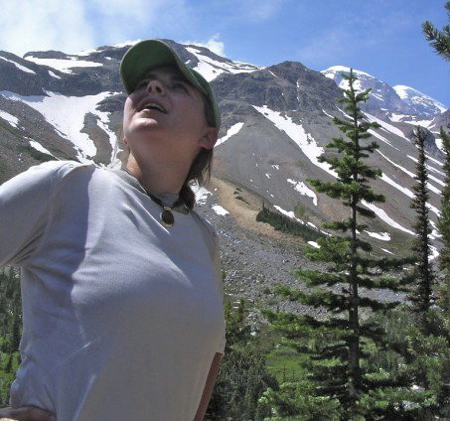 Since finishing my Masters (phew), I first held a job teaching the youth of the western United States about rocks primarily (when they would listen)and marine biology. After doing that for three months, I acquired a job with the Washington Department of Natural Resources in Olympia, WA with the Landslide Hazard Zonation project.

Through the project I was able to use all the geologic tools I had garnered through my CWU experience by mapping and describing landslides in specific watersheds and creating a hazard map based on the landslides mapped, local geology and climate, and past timber harvest patterns. Things were going fine until the dreaded budget was hashed out and I got the boot last month.

As I write this, I am cleaning out my desk and heading into the world to travel the southwestern United States and finally see the geology that I have been missing for nearly seven years; a transgression-regression sequence, some limestone caves, and perhaps a granite dome or two.