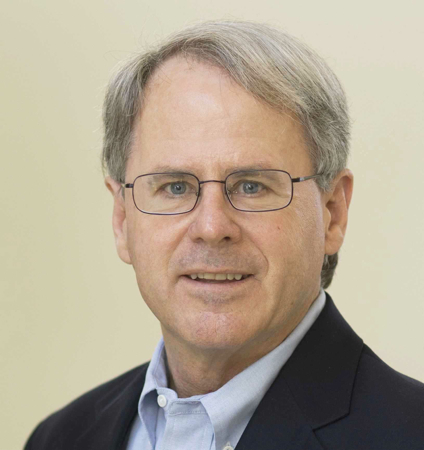 I'm a consultant for high-energy electron beam linear accelerators used for sterilizing medical devices and products. Electron Beam Linear Accelerators. The consultant title sounds great - however it just means you have to scramble for work because your last employer deemed you too old, over experienced, or expensive. I have worked this business area since 1999.

Since the last update I have managed the relocation of a medical products sterilization system from Arkansas to Puerto Rico, a new system in Slovakia, and a complete system and sterilization facility upgrade in Irvine, CA. The Slovakia project added a new twist as we experienced a flood that filled the almost completed facility to a level of about 30-inches of water. That took out about $2-million dollars of our equipment requiring replacement. Luckily it did not damage the linear accelerator itself. If it was 1 inch higher it would have taken out the single most expensive component (accelerating waveguide) and one with the longest lead time to replace. As it was, with a lot of scrambling, we were back to where we had been pre-flood in 3 months time.

After graduation in 1978, I loaded up my wife, Kay, and our parrot Oscar in our 1963 Ford Econoline van and trekked to Rawlins, Wyoming. We lived in the Sunset Motel in Rawlins for the better part of 5 months while I worked for Union Carbide as a field geologist chasing drill rigs around the Red Rim - 24 hours/day delineating deep uranium roll-front deposits. Upon completion of the project, we returned to E-burg. I took a few classes to keep the student loans at bay.

In 1979, Uncle Carbide once again called me and I moved to Casper this time (Carbide's regional exploration office) and worked again as a field geologist at various sites in Wyoming and the Black Hills. Kay and Oscar decided that the first stint in the hotel was enough and elected to stay put in E-Burg. By that time another parrot, Keno, had joined the family. After another 5 months, I was cut loose by Carbide. Back to Ellensburg wondering whether I was going to be a contract geo for the rest of my life. Back to school, again delaying repayment of the student loans.

In early 1980, after I would normally have heard from Carbide, I was considering various options, including work outside of geology, when the call came that they were offering me a full time position as an exploration geologist. We sold the van and my motorcycle, packed up the 2 parrots and moved to Casper one month before Mt. St. Helens blew its top! I worked all of Wyoming, the Black Hills, and Northern Colorado. Unfortunately, it was in a commodity that was declining due to cancellation of nuclear power plants after Three Mile Island. I was laid off by Carbide at the start of 1982, thereby getting a valuable lesson in the business cycles of exploration and mining. Fortunately, I was hired by IRT Corporation (San Diego) to manage their Casper-based geophysical well logging service for uranium. The tool was based on delayed neutron activation analysis (DNAA) and utilized a Cf-252 isotopic source to perform a downhole in-situ direct assay for uranium. Carbide was IRT's biggest customer.

I ran the business until April 1984, when IRT decided to shut it down due to the continued decline in uranium and loss of Union Carbide as the key customer. IRT offered me a transfer to San Diego, which made Kay, and the parrots, extremely happy. I was fortunate to get the transfer as there were many geologists out of work at the time. I wondered what IRT was going to do with a field geologist at a company that no longer had a need for one. They made me a project manager. I hadn't a clue how to manage projects, but was mentored by a young nuclear engineer and good friend to this day and learned the ropes. IRT was a technology development company specializing in applying various radiation techniques for NDT inspection and analysis of materials and items. Most of it was defense and government-related (bombs, bullets, missiles and electronics). I worked with and managed physicists, nuclear engineers, EE's, ME's and some very talented technicians who made everything work. It was a great opportunity and learning experience.

This lasted until 1992 when I took a job at Gamma-Metrics (now Thermo Scientific) in San Diego as a project manager. Gamma produced an on-line elemental bulk material analyzer using prompt gamma neutron activation analysis (PGNAA) for cement and coal applications. In 1995, I moved from being a PM to international sales covering the SE Asia region, Australia and New Zealand. I left Gamma in 1998.

Although I fall under the "not working geology" category, it is still a part of my life. I have been a member of the Society of Mining Engineers (SME) for over 30 years. The monthly magazine is my touchstone to mining and geology. I also have membership with SANDAG, San Diego's local geology organization, and the SoCalif regional chapter of SME.

I love the subject just as much as I did when I first took an introductory Geology class from Warren Scott over at Wenatchee Valley College. He is the one who suggested I attend Central where I was inducted into the cult of the GGA (great god amphibolite) and its high priest "Sweet Old Bob".