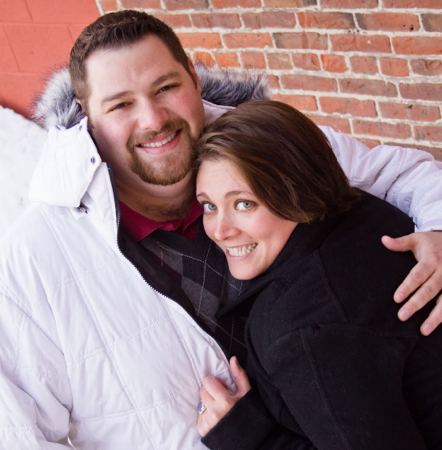 I think my last update had me mapping National Historic Trails in Idaho (California and Oregon Trails) and working on my MSc. It would seem a lot has changed since then: several new jobs, new town, new dog, new last name.

First off, I did finish my master's degree. In September of 2009 I received an MSc in Quaternary Science from Royal Holloway, University of London. It sounds very fancy, but I basically studied environmental reconstruction.

I worked for a couple of years as a well site geologist for GRAM, Inc out of Richland, WA. This is where I met my first and current husband (Sean Sexton, Class of 2007). After working for GRAM, I spent some time as an exploration geologist in Nevada. Mining was fun, but I decided that spending that much time away from my family is not what I want out of life. It was time to look for a gig closer to home.

A couple of weeks of pounding pavement with my resumes in hand paid off big, and I have recently started work as a geologist for a local environmental consulting agency. The thing I love about environmental work is that it isn't strictly one field or another. I get to be a geologist, an archaeologist, a technical writer, a GIS specialist, or whatever else the project needs that I am qualified to do. Last week I spent a day dumping dye into potato processing equipment to make sure there was no crossover in the plant's water systems. I came home slightly purple and smelling like french fries! Seriously though, it's a pretty fun job.

So, for someone who kicked around Lind Hall picking up a "backup" degree, I've spent a lot of time with the word "geologist" written on my door. Life's taken some odd twists and turns, but it's been a pretty good ride.