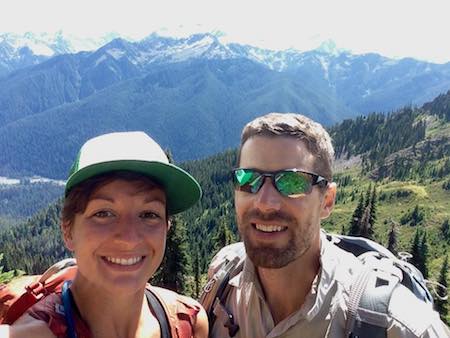 I started my education studying business at Yakima Valley Community College, until I took a geology 101 course with David Huycke. Business was out, geology was in! After earning my AA I transferred to CWU, took Prof. Nick Zenter's Geology of Washington course which cemented my decision and I promptly declared geology as my major.

While studying geology at CWU not only did I learn a tremendous amount but also many fond memories were made and amazing life experiences were had, from living in Antarctica for a brief time to body surfing at the olivine sand beaches of Hawaii just to name a couple.

I was accepted to the Science Honors Research Program and worked on a thesis which tried to constrain the history of the Transantarctic Mountains using apatite fission tracking dating. I also shared the department's 2015 Bob Bentley award for academic excellence with my friend Kevin Knapp.

After graduating from CWU in the summer of 2015, I attended graduate school at the University of Las Vegas Nevada only to find out it was not the place for me. I've since returned to the Pacific Northwest to look for work in the field. I plan to work in the field and then return to graduate school in 2018 to study structural geology or geotechnical engineering.