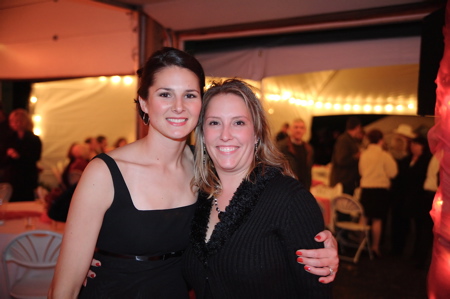 I am working with the City of Seattle for Seattle Public Utilities and am the Assistant Engineering Geologist. I was contracting with the City in this position since the spring of 2007 and was eventually hired in August--so not very long. Before that I was working as a geologist for AMEC a geotechnical and environmental consulting firm. I've only been working in the field for about 3 years.

I'm in the field half of the time, and in the office the other half, so I think it's a good balance. I do the basic geotechnical engineering field studies including subsurface explorations and mapping, then prepare the reports for the engineers who put in their two cents and hand it to the client. Where would they be without geologists?? I have recently been training in environmental sampling and testing--in the long run, I think that's where my career is headed. I also get to investigate and mitigate City landslides, and we've been pretty busy with that recently! I work with a great (small) group of people.

At CWU Geology, Steve Lundblad first interested me in geology and set me on my career path, and Wendy Bohrson kept it interesting for me, so I'd have to thank them for that! I finally received my Masters in Geology from Western in 2006 (yes, it took me as long as it did to get my bachelors, but it was worth it)! My thesis was on cosmogenic dating of glacial moraines in the Sawtooth Range of Idaho. I got great data, including some Younger Dryas ages.

I live in Everett and have been married for 1 1/2 yrs. No kids. I enjoy riding horses and working on our house-there's always some little project to do. Shaila Nyborg and I are still best friends. We first met at the Bishop field camp. I have great memories of CWU. We seemed to be such a tight knit group, I often wonder how everyone is doing. Maybe I'll see some of them at Tim Melbourne's alumni talk next month. It's great to be a grown-up, but I do miss those college days!