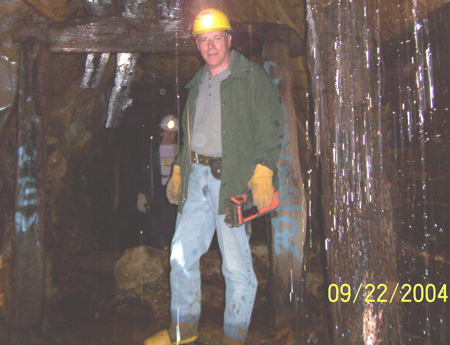 It's been over 30 years since I left CWU and the much beloved geology department and headed off to become a working geologist. At the time it was hard enough to believe that I might actually, maybe, earn a living by looking at rocks and trying to decipher their stories. Just how may times did Ralph Higgins tell us that if we listened carefully enough, rocks would talk to us? It was one of those things that we were indoctrinated with during those years at Central. And there were Bob Bentley's campfire prayers to the Amphibolite God. Those were rare times. Great times. I consider myself fortunate to have been a member of the class of 1977.

I entered Central because of a dear friend's pressure. I'd like to say that I had a better reason to go to Central. I don't. But, what was I going to study? Rocks, I thought. Not that I had much of a clue. I didn't. I didn't grow up with a life-long pull to the topic. I just liked hiking in the mountains and I figured it would be kind of nice to know something about what those mountains were made of and why they were there in the first place. It seemed like a pretty darn good way to use up my military benefits. As it turned out, it was a fantastic choice.

After graduation, I began working for the U.S. Forest Service out of the Central Tech Center office in Cle Elum doing geotech work. Back then it was all about support to the timber program. Later my work evolved to the Forest Service's "minerals" program and I moved to Montana. There I spent nearly a decade working on mining issues of all kinds: mine permitting, mining claim validity, mineral potential.

Currently, I'm living in Wenatchee, Washington, and doing much of the same, covering the area between here and the Pacific coast for the U.S. Forest Service.