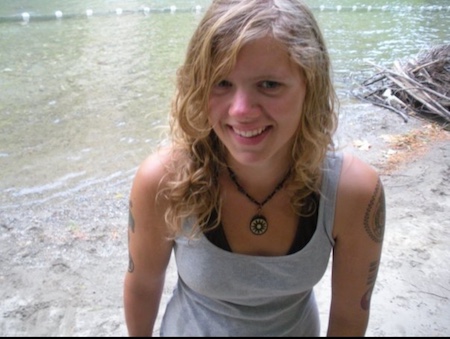 After graduating I continued to be a wildland firefighter as well as working as a scientific tech for the Washington Department of Fish and Wildlife. At the end of 2013 I moved briefly down to Portland, OR and enrolled in a GIS program at Portland Community College, however I was offered the chance to become a commissioned ranger with the Washington State Parks and Rec. Commission before I could finish the GIS program and I jumped, lightspeed, at that opportunity.

After the fires rolled through Chelan (where I was stationed after training) in 2015, my position was eliminated as the powers that be determined that there was one ranger too many in that region and being the individual with the least seniority, I was laid off. The offer was there to move to the westside to continue as a ranger but I declined as I prefer the slower pace and atmosphere of east of the cascades. I was out of work for maybe three weeks before I was hired as an animal cruelty investigator for the Humane Society in Wenatchee.

I worked in that position for about 8 months. About three months into working there I had to have emergency back surgery. Turns out I had broken three lumbar vertebrae (L3 -> L5)several years prior and it was never discovered. My best guess is it occurred in a motorcycle crash I was in in the summer of 2010 where I had also broke two ribs, fractured my jaw, broke my right clavicle and sustained a massive concussion. Looking back, it explains A LOT in regards to the pain I was always in after that wreck. At any rate, the disc between my L4-L5 was destroyed and eventually made the injury known by pushing on spinal nerves, effectively rendering my right leg useless. After the surgery, I went back to work way too early because I'm incredibly stubborn and a big dumb dumb, thus making the recovery process even more difficult. I eventually resigned my position due to me needing time and help to recover and my current living situation was decidedly not conducive to that end.

I eventually made a exceedingly difficult decision and moved back down to my hometown of Vancouver and re-entered the GIS program at PCC (which I finished!). Unfortunately I had to have another surgery last March to remove more damaged material. I was told if another surgery is required, most likely that surgery will be fusion. When I was down there I worked as a supervisor for teen late night programs for the City of Vancouver as well as part-time at GNC (for the employee discount). I moved to Norway mid-August for GIS work. I'm currently involved with mapping forestry trends and on the side I'm compiling and mapping data on the spread of bark beetles in the Pacific Northwest.