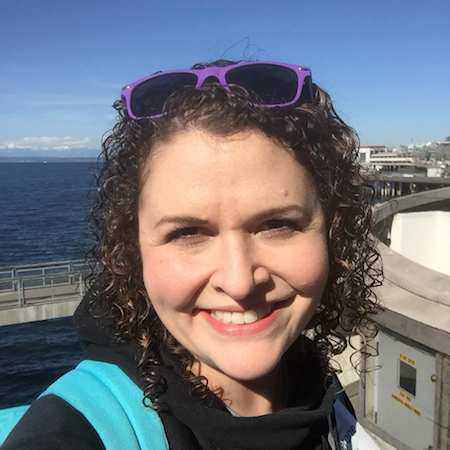 Most recently, with both kids now in full-day school, I have returned to work part-time with a real estate services firm in Tacoma as an administrative assistant. I do boring stuff like make copies and scan contracts, and fun stuff like paid-for coffee runs and serenading co-workers with wanted/unwanted songs.

My kids are now 5 and 8, and have large vocabularies, which was really my end-game for parenting. My husband and I are on year 13 of marriage, and are set to spend the anniversary on the Big Island of Hawaii, watching the awesome eruption and annoying Steve Lundblad.