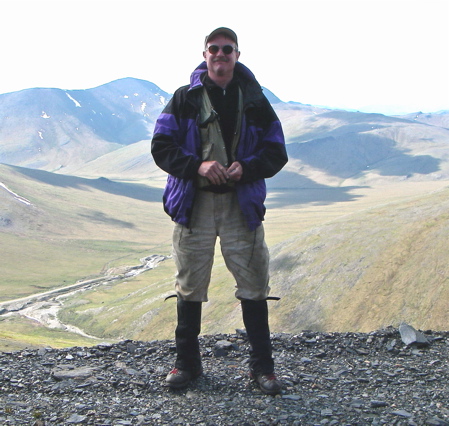 I returned to CWU in 1982 to study geology after graduating in 1973 in English. Because I was attending part-time, I didn't graduate until 1990. Mapping in the Little Maria Mountains with Bob Bentley and the Geoscum (you know who you are) was the signature experience for me. After graduation, I worked for two years for the Department of Ecology in Yakima, and then entered the Geology Graduate Program at WWU (Go Vikings!) where I earned an MS-Geology in 1999.

When the economic down-turn occurred in 2008, mineral exploration activity slowed dramatically. I spent the next three years working for the Payette National Forest Watershed Reclamation Program, in McCall, ID, helping to obliterate un-needed forest roads and rehabilitate streams and wetlands.

In November of 2011, I went to work for Midas Gold, Inc. on their Golden Meadows Exploration Project, at Stibnite, ID, logging core. In April of last year, I was promoted to the position of Senior Environmental Geologist on the project. Google Midasgoldinc and Golden Meadows Project to get the most recent news on our activity.

CWU Geology changed my life. Thanks to Jim Hinthorne, Bob Bentley, Don Ringe and Bud Klucking for their encouragement and support of a "Late Bloomer".