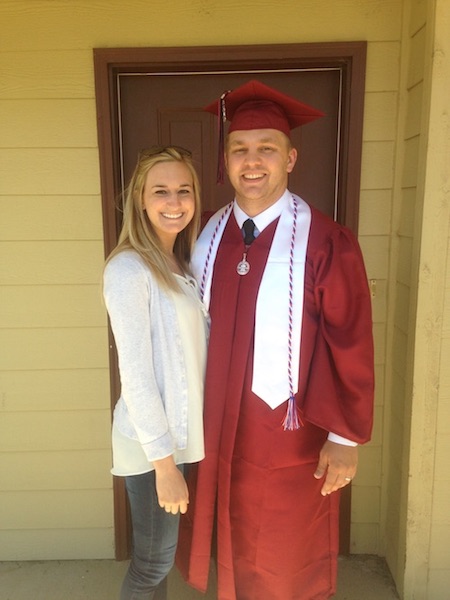 After graduating from Central, I accepted a contracted position working as a Visual Data Specialist for Google. While working at their Google Bothell site, I did multiple projects dealing with disputed regions such as Israel/Palestine, Eastern Europe, and the Jammu/Kashmir region of India and Pakistan. All of these projects were done to better Google Maps. This was an excellent position that allowed me to use the concepts and skills I learned at Central with GIS. During my time here I continued to look and apply for permanent positions that were related to Geology and GIS.

I recently accepted a GIS Development Engineer position for the City of Mount Vernon, WA where I will be working closely with the city engineers and planners to develop land and sustain their database of geophysical information.

For me, I was leaning towards a job that was more GIS focused because that is what I am passionate about. I believe that my time spent at CWU and in the geology department allowed me to hone my skills with GIS which enabled me to be successful after graduation.

UPDATE:
After 5 years of working as a GIS Specialist for two different municipalities I have accepted a GIS Coordinator Position for the City of Coeur d'Alene.