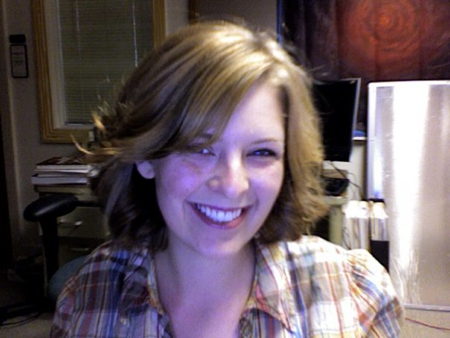 To say the least, I miss living on an active tectonic margin! Immediately after leaving the burg, I spent time at home in San Diego applying for jobs during the height of the recession. Mostly, I was working on my bocce ball skills in the sunshine, but I was employed for a few days as the Magic School Bus driver herself, Ms. Frizzle with the San Diego Natural History Museum! Not a week into my "career" in "science education" as a "magic school bus driver" I was offered an internship at the American Geosciences Institute (AGI) in Washington, D.C. studying federal-level geoscience policy.

There I followed legislation through the House and Senate on topics like, hazard mitigation, Science Technology Engineering and Mathematics (STEM) education, the end of the Human Space Flight program at NASA, energy policy and most excitingly - FEDERAL BUDGETS! It was an exciting time to be on the hill. I was there when Eyjafjallajokull shut down most of the air space over the Atlantic, and the Deepwater Horizon oil spill disaster was in its earliest days. I was honored to help on the Volcanic Hazards briefing AGI hosted in the house and senate during that congressional session, and I even got to escort CWU's own, Tim Melbourne, through the hallowed halls of congress for Congressional Visit Day. It was exciting interfacing with our elected officials, I was most inspired by Rep. Gabby Giffords, Sen. Lisa Murkowski, and Rep. Ralph Hall; despite, some of their political beliefs being at variance with my own.

Following my time on "the Hill" I was moved to pursue a career in geoscience education. I now work for the American Meteorological Society's Education Program (AMS). I use my degree frequently developing geological content for our introductory-level Earth science textbooks, and help with lesson development. I was an integral part in a lesson we developed the day of the Tohoku Tsunami, which was distributed nationwide the following Monday, and is currently published in the AMS Ocean Studies lab manual! I also do non-profit marketing and graphic design. Part of my job has been travelling the country to represent AMS at scientific meetings, and workshops. There I get to catch up with my CWU colleagues, and keep my finger on the pulse of scientific research.

DC is a great place to live. It seems familiar faces are frequently in town, and I'm always excited to reconnect. We even had an earthquake! I have seen many impressive landscapes which brings me back to my first point, after all that has happened in the past two years, active plate tectonic margins really are the most scenic (we all know why!) and the best place to live.