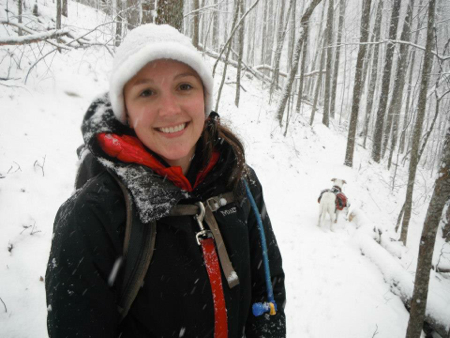 After graduating from Central Washington University in 2012, I TA'ed the CWU summer field camp and volunteered with the USGS to map lava flows and eruptions on Mount St Helens during summer 2012. In the fall of 2012, I moved to Atlanta, Georgia for a year and worked at Patagonia. This allowed me to feed my adventurous side and stock up on all the gear a geologist would ever need.

I moved back to Washington in the fall of 2013 to follow my love of geology and lived in the Seattle area. I worked for Golder Associates Inc, in Redmond, WA as a geologist.

In the summer of 2017, I moved to Boise, Idaho to explore some new terrain and got a job with GeoEngineers. At Golder and now at Geo, I support geologic and geotechnical programs throughout the Pacific Northwest and the US. I do office-based data review, geologic research, and more importantly, geologic field reconnaissance and mapping for the identification of geologic hazards such as landslides, faults, earthquakes, etc. I also lend a hand to the engineers to assist with geotechnical work such as transportation design (roadways and bridges), and slope stability mitigation.